I travel 150 miles to game with the Jackson Gamers.
I have been gaming with them since the mid 70's.
Saturdays game was a part of Chickamauga, where I played a Reb brigade. 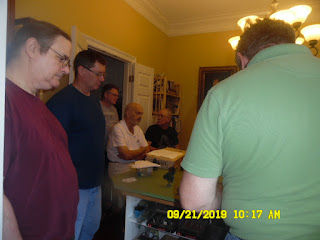 Our host Jay Stribling in the center in white shirt 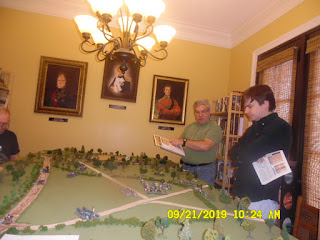 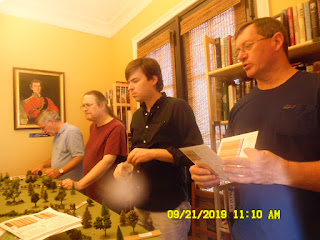 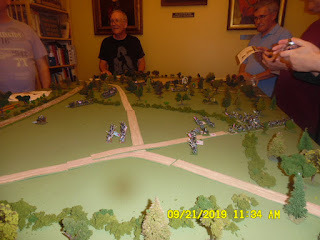 The battlefield as viewed from my perspective 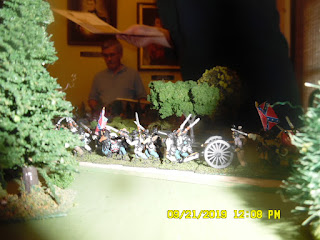 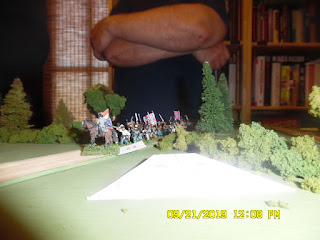 My troops emerging from the woods 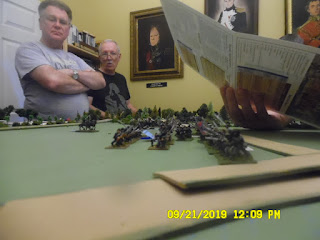 Union commanders view the fighting on this end of the table 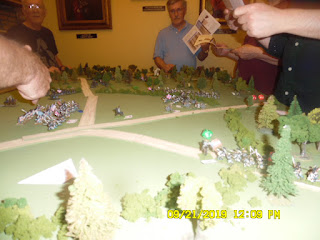 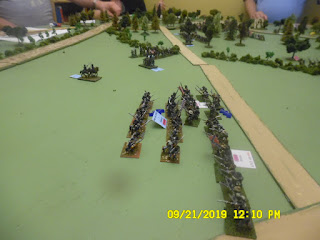 The battle was furious 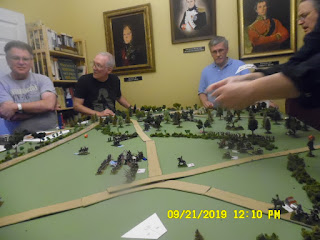 My brigade finally enters the field 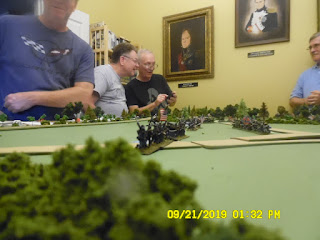 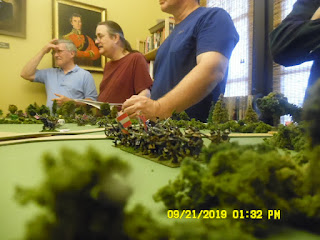 My brigade forms up to join the engagement 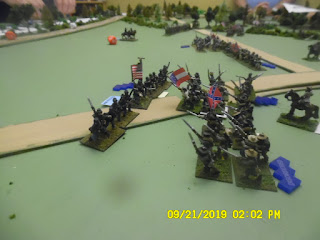 the battle is joined 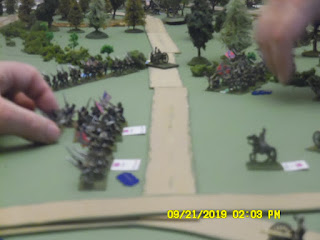 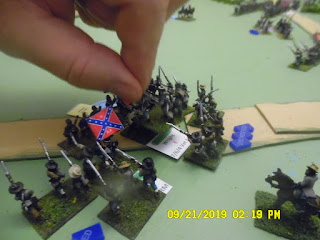 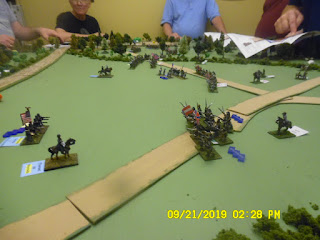 My wore out brigade is glad to end the battle as if we continued,
I would have faced a strong Union cav brigade armed with Spencers

I'm on the left at a Napoleonic game 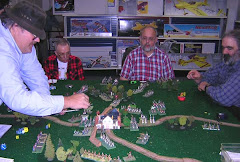 NOMADIC OLD SCHOOL GAMER.
Active gamer since the early 70's. As the only gamer in SE Arkansas, I have to drive 150 miles for a game with my old comrades the Jackson Gamers.